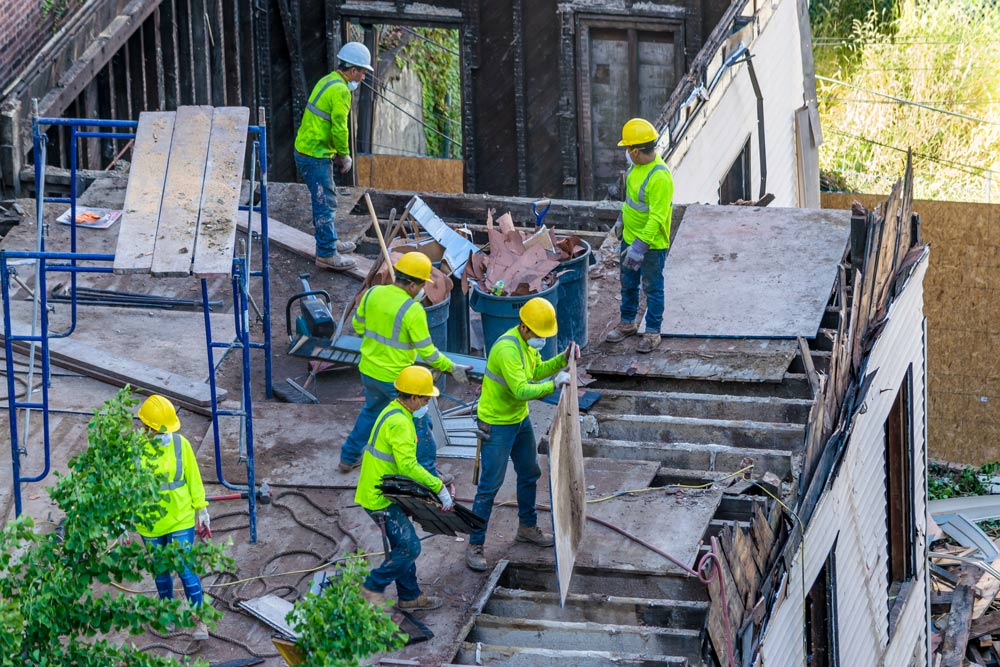 Two decades after the import of white ‘chrysotile’ asbestos into the UK was finally banned, it should be routine for full predemolition asbestos surveys to be carried out prior to work proceeding. Unfortunately, this is not always the case.

Today, it may be more widely understood that asbestos containing materials (ACMs) should be suspected in any building constructed before 2000. However, local authorities, property developers and building firms can still underestimate the quantities of asbestos hidden within a 1960s council housing estate, disused factory, engineering workshop or any commercial premises.

Often, an initial estimation on the quantities of asbestos which may be present are found to be wholly inadequate. More than half of a project budget overspend can involve the removal of the additional asbestos discovered, and cause weeks or even months of delay in completing a redevelopment project.

The Health and Safety Executive (HSE) regularly prosecute for the failure to carry out a thorough demolition and asbestos removal, which is a legal requirement.

One recent example of an incomplete survey involved a large public building and the discovery of sprayed asbestos insulation on the underside of a ceiling but which failed to find more than 200 square metres of asbestos insulation board (AIB) located above ceiling level. Work proceeded with contractors unaware of the additional asbestos. As a result,  asbestos dust was released into the immediate area, which was then swept into a pile and left on the floor. Both building contractors and insulation consultants were prosecuted by HSE.

Under the Control of Asbestos Regulations 2012 (CAR 2012), Regulation 5 concerns identifying the presence of asbestos, its type and condition before any construction or maintenance work liable to disturb asbestos begins. It also sets out the requirement to arrange an investigation to determine the extent of asbestos if it is suspected that the materials are likely to be present on the premises.

The Code of Practice clearly sets out the legal requirement for:

The process will invariably involve:

Upon completion, an asbestos demolition survey will fully detail all materials removed from the property, accompanied by certification.